View source
watch 01:54
Obi-Wan Finale - The Loop
Do you like this video?
Play Sound

The Abby Lee Dance Company (abbreviated "ALDC") is a non-profit organization devoted to educating young dancers,[1] named after its founder, Abby Lee Miller. It was founded in 1980. Some of its competition members (along with their mothers) are the focus of the television show Dance Moms.

The Elite Competition Team (formerly the Junior Elite Competition Team) is the team featured on Dance Moms, with the team members being selected prior to the show's debut in 2011. The team originally consisted of six members in the first season but was brought to a total of seven in the second season- which was the most consistent team over the course of the first four seasons. Since then, multiple members departed from the show and new members were added in their place. The team originally disbanded in Everyone's Replaceable... Even Abby, following the departure of Abby Lee Miller. However, it was later reformed for Season 8 with new dancers. 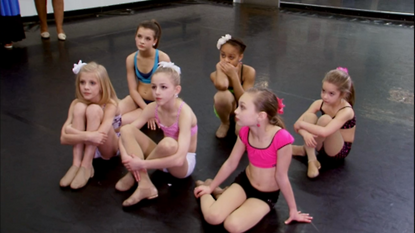 The original 6 in Season 1 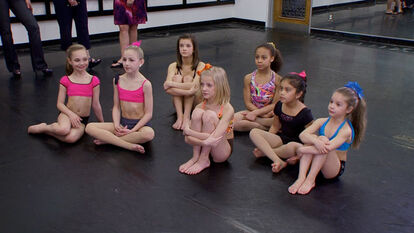 Season 1 Team with the addition of Vivi-Anne 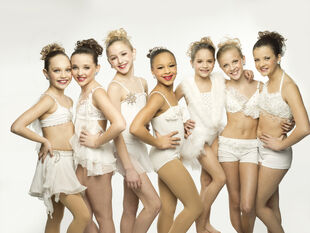 Season 2 Team with the addition of Kendall and loss of Vivi-Anne. This was the most consistent team line-up. 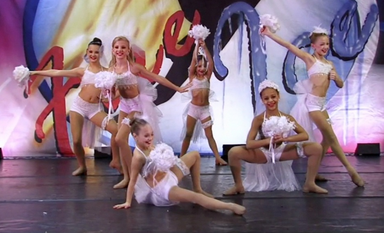 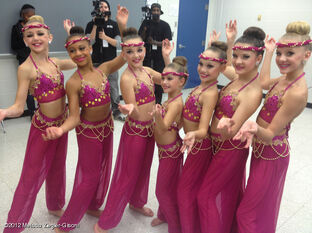 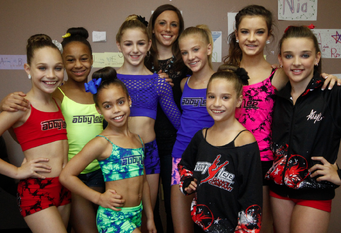 Season 3 Team with the addition Asia 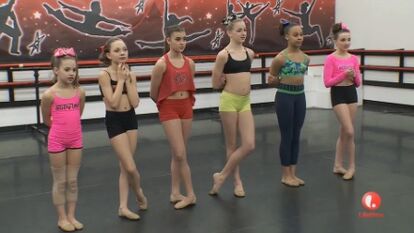 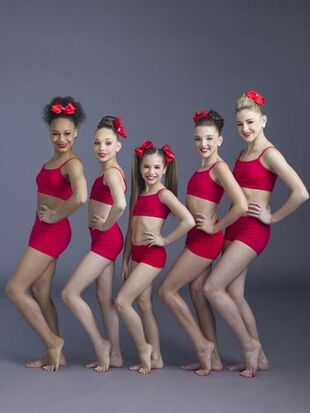 Season 4 Team with the loss of Kalani 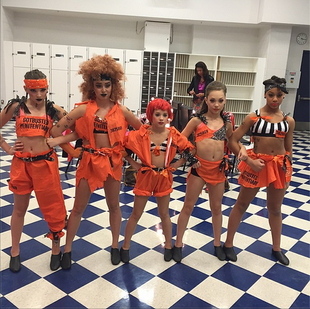 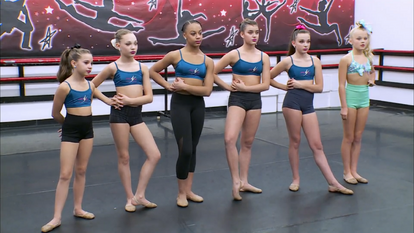 Season 5 Team with the addition of JoJo 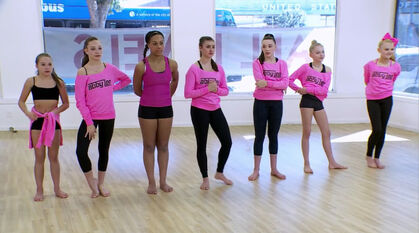 Season 6 Team with the addition of Brynn 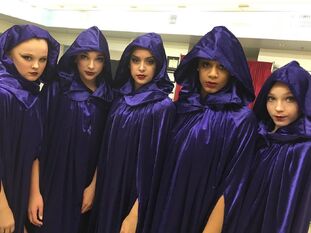 Season 6 Team with the loss of the Ziegler sisters 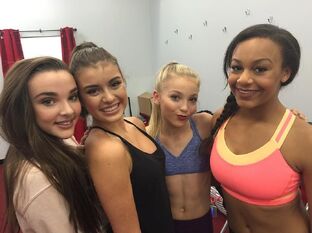 Season 6 Team with the loss of JoJo 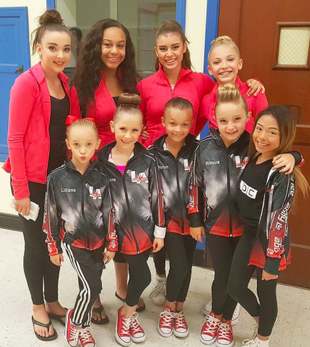 Season 6 Team with the addition of the minis 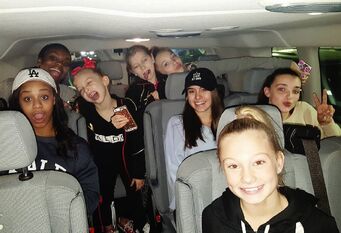 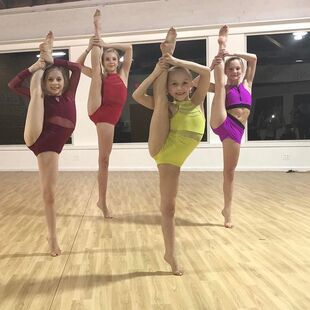 Season 7 Team with the loss of Camryn, Kalani, Kendall and Nia 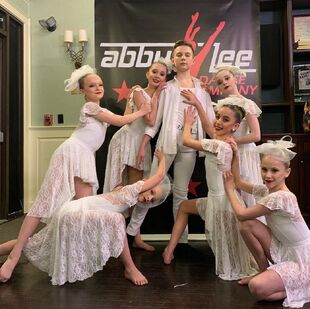 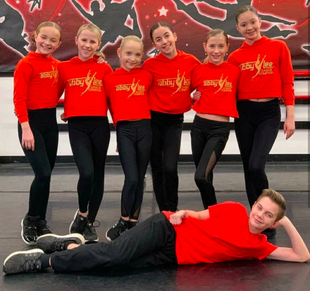 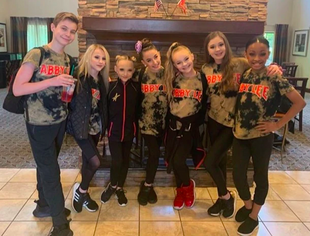 In 2013, Abby announced she would be holding auditions nationwide to find new members for the Junior Elite Competition Team. However later that year she decided to find an entire new team rather then just new members for her current team. The team was officially formed in February 2014. All current members currently dance at other studios. The team debuted in the episode Presenting My New Team, where Maddie Ziegler was added to the new team. Each team member (with the exception of Maddie) was selected to rival a member of the Junior Elite Team.

In the second half of Season 4, the members of the ensemble have fluctuated. Only Kamryn and Tea' have stayed as consistent members. Sarah H, Sarah R, and Jade have all competed for the Original Junior Elite Team while Ava was dismissed from the Ensemble before Nationals. Most of the time, the girls only stayed for the week. Maddie and Chloe only performed for the team for one week before returning to the Junior Elite Team. In Hollywood Here We Come, Part 2, Abby officially disbanded the Ensemble.

Former Junior Ensemble Members (At the time of the disbandment)

Former ALDC Mini Team Members (At the time of the disbandment)

Other information on Dance Moms 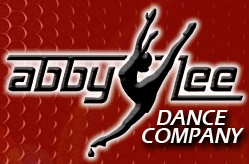 Weekly schedules for the show's dancers differ between weeks when filming, and weeks when not filming.

During periods of filming, typical schedules in Season 3 have been described as follows:[3][4][5]

Kendall and Nia indicate that they usually stay at the studio until 10:00 p.m. or later after filming for dance. Abby complains that [child protection labor] laws have made scheduling needlessly complicated around cameras, and they actually do more dancing in periods when they are not filming.[7] (Christi indicates Chloe dances around ten to twelve hours a week.)[8]

Abby has stated she started the ALDC at age fourteen, probably in 1980;[9] later dates for its foundation have also been indicated, possibly attesting to no formal status until Abby reached legal adulthood.[1][10][11]

Abby is also owner of Reign Dance Productions,[12] which shares the same building, but which does not make the same claims to non-profit status as the ALDC. Additionally, the ALDC selects young dancers by audition only, and is geared towards competitive dance.[13]

Reign Dance Productions offers a variety of classes for dance and the performing arts.[14] It was formerly known as the Maryen Lorrain Dance Studio,[15] and was started by Abby's mother, Maryen Lorrain Miller.[16]

The address of the Abby Lee Dance Company is 7123 Saltsburg Road, Pittsburgh, PA 15235. It is located on the border of Penn Hills, Plum Boro, and Monroeville.

According to abbyleedancecompany.com in Spring 2015, visiting was welcome Monday through Thursday from 4pm to 8pm. On Friday through Sunday, hours varied with rehearsals and competitions, and requested those interested call first.

In 2016, with declining membership and Abby threatened with jail time, the Pittsburgh building became home of the Appolonia Leake Dance Company (still ALDC acronym) in July 2016.[17]

Each years since 2013, Abby and the ALDC judge a competition, using videos of solos that have been uploaded and entered online. Past winners of this contest have been:[22]

Community content is available under CC-BY-SA unless otherwise noted.
Advertisement